8 thoughts after building an Umbraco 8 website on Umbraco Cloud

I’m just starting to migrate our website to Umbraco 8 on Umbraco.com’s cloud service. Umbraco 8 was released on 26 February 2019 & was available on the umbraco.com cloud service a few days later. So it’s only a month after release & really it would be wiser to let other people find out the bumps in the road, but given the Agidea website isn’t all that big it’s a calculated risk.

For $30 per month for hosting this is a cost that should be accessible to just about everyone. Setting up intermediate environments in the pipeline?—?development, staging?—?before live costs an additional $25. I’m a big fan of staging websites between development & live so that problems can be spotted & again I think this is a great price point.

It’s always a bit of a leap of faith to go for a new version of Umbraco, especially for those of us who were around for the Umbraco 5 debacle. Umbraco 5 foundered on performance issues and although Umbraco backed it, set up the training courses and persisted with it for a year?—?it was suddenly binned like a child’s unwanted plastic toy on Boxing Day.

After a few days use, Umbraco 8 seems very stable & usable. I have a couple of UI quibbles (below) but overall the early signs are that this is an impressive release.

Is Umbraco Cloud easy to use?

Umbraco is suggesting an interesting mix of technology for Umbraco 8 on their cloud service. Visual Studio Code & IIS Express locally and a pseudo-recommendation to use GitKracken as a git tool.

The setup is simple & works first time?—?which is excellent. Honestly running an Umbraco 8 website within a few minutes was unexpected. No disagreeable database setup patterns, it simply worked.

Working with another developer on the build using the baked in git source control works really well. So this is starting to feel like a real enterprise ready solution. 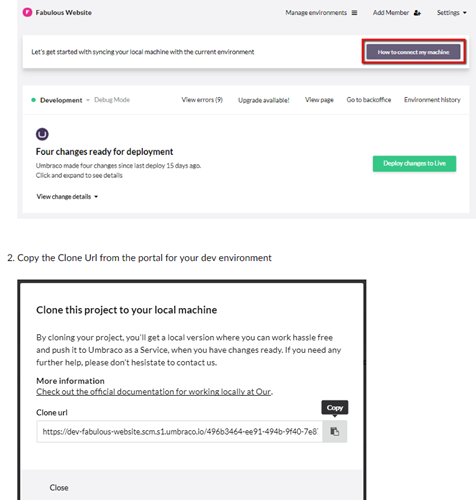 Like going from 4.11 to 5, or 5 to anything, or even 4.6 to 4.11 (if memory serves) there isn’t an upgrade path being publicized (not even some hacky DLL copy-and-paste). So it will be a case of building a structure & importing the data (where did I save that unlimited version of CMSImport again?). There is also a mention that Member data doesn’t travel well & I’d be surprised if many of the old packages work well (or at all).

Perhaps someone will develop an upgrade tool but I think that taking an Umbraco 6 or 7 site & moving it to Umbraco 8 will be a case of a lift-and-shift of the existing features before any improvements can be made. So it will be a bigger project for existing sites than you might expect for an Umbraco project.

What are the new features?

Infinite editing: not having to get all your content & media eggs in the right basket before you create content. This feels pretty smooth, once or twice I was able to move off a doctype field & lose what I’d done, but I guess that will be ironed out. I reckon that the media structure will become a hellish mix of unoptimized & duplicate images though. So no real change to many existing sites!

Language variants: Not had time to look at the auto-translate feature?—?sounds useful for as long as we stay in the EU …

Content apps: Sounds like a useful tool to build a picture of how to generate ongoing maintenance improvements.

So you mentioned some UI quibbles…

The content editor navigation has switched to a top level navigation. I don’t think this is an improvement as most content editors would be sat at a laptop or desktop?—?usually with a wide screen that would have spare width, rather than spare height.

So if we were preserving width say to help with smartphone editors it would make sense to collapse the view: 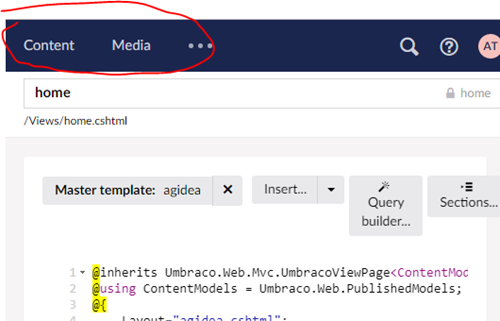 Niggles aside this seems like a really grown up CMS that should be the basis for the next 5 years of Umbraco. With so many security issues around Wordpress, the price point for Umbraco & its scalability means that it could decimate the other .Net based CMSs & possibly start to nibble away at Wordpress.

I’m guessing that there will be a lot of new packages needed & if Umbraco could move into verifying them in a marketplace like say the Magento 2 marketplace this really could be a game changer.

I’ll report back when I’ve built & imported the old content to see how the end-to-end process feels. Probably in four weeks time. Hopefully we’ll be finished ahead of the Umbraco meetup in Manchester that I'm hosting in May, so if you want to ask me any questions about this process give me a prod!